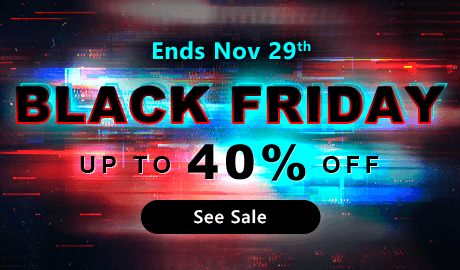 Want the newest updates?
Get notified of the latest promotions, feature updates, tutorials, events & more!
Allow
No Thanks
Newsroom
< BACK | SHARE

May. 31, 2016
CyberLink Announces its Strategy to Bring VR Multimedia Software to the Masses at Computex 2016

Taipei, Taiwan—May 31, 2016 — CyberLink Corp. (5203.TW)The race for virtual reality is on, led by VR headset and camera manufacturers and online video sites like YouTube. This major wave is creating demand for new consumer PCs, content and software tools. Over the next several months, CyberLink will upgrade its entire line of video playback and editing software to support VR and 360-degree content, and to maintain its market leadership. True to its vision, the company will ensure it brings solutions that are feature-rich, easy to use and affordable.

"Virtual reality is a tidal wave that is quickly gaining momentum with the entire tech industry and, most importantly, with consumers,” said Dr. Jau Huang, Chairman and CEO of CyberLink. “The critical factors that will cause the wave to rise and peak are mass consumer adoption and the resulting creation and sharing of user generated content on a large scale. That's where CyberLink comes in."

Earlier this year, CyberLink unveiled the world’s first consumer 360-degree video editing solution for Samsung’s Gear 360 camera, a product named Gear 360 ActionDirector. Over the next few months, CyberLink will expand its VR and 360-degree video creation solutions with the next generation of PowerDirector. The company will also update PowerDVD allowing playback of 360-degree panoramic videos in the best possible quality. As the leading innovator in photo and video technologies, CyberLink is committed to bringing VR and 360-degree multimedia software and apps to consumers around the world, enabling a comprehensive end-to-end VR experience.

All companies and product names mentioned herein are for identification purposes only and are the sole property of their respective owners. Copyright © 2016 CyberLink Corp. All rights reserved.