A Message to our Community about COVID-19 >> 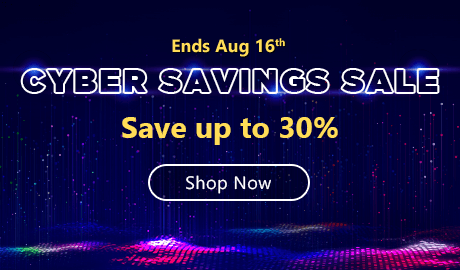 It also allows the playback of high-definition movie content with multiple video streams, providing users with a real-time Picture-in-Picture viewing experience, such as watching the movie and video commentaries simultaneously.
The CyberLink Blu-ray Disc Advisor tests your computers playback ability for viewing these bonus features, and displays the results in the Advanced Playback tab.

Hardware Dual-Video Decoding:
Blu-ray Discs use a different video compression, than MPEG-2, H.264 or VC-1.
Some graphics cards have the new feature that supports hardware dual-video decoding.
But not all of graphics cards can support HD (High Definition) decoding of different video streams.
The CyberLink Blu-ray advisor will test the Dual-Video Decoding Capability of your graphics card for each of the video streams, and displays the results in the Advanced Playback tab.

Blu-ray Disc Profile 2.0:
Blu-ray Disc Profile 2.0 is also known as BD-Live.
The new major features are the support of Internet-connected activities, which can use 1GB of local storage.
It enables powerful Internet-connected activities, such as multiplayer gaming, e-commerce, movie trailer and subtitle downloading, and social networking.
The CyberLink Blu-ray Disc advisor will test your computer’s playback capability for BD-Live and Network Capability, and display the results in the Advanced Playback tab.

Was this information helpful to you?
No
Yes
Thank you. You can also start a discussion on the CyberLink forum or contact CyberLink Customer Support.
Thank you! We appreciate your feedback.
We're sorry it didn't solve your problem. Please let us know why it was not helpful.
It was too much/hard to read.
I followed the advice, but it didn’t work.
The information was incorrect.
It didn’t answer my question.
Other
Submit