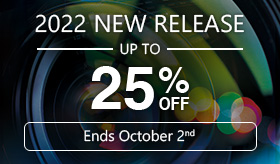 How to Speed Up a Video on iPhone & Android

Speeding up a video used to be something you could only do on very powerful computers. But now, all you need is a smartphone to create clean, professional-quality videos at whatever speed best fits your project. Continue reading to learn how to speed up a video on iPhone or Android, the best apps to use, and some cool effects you can add to tweak your project.


Why Do We Want to Speed Up a Video?

Speeding up a video can add an interesting effect to a project. For instance, it’s good for:

How to Speed Up a Video with PowerDirector

Whether you want to learn how to speed up video on iPhone or Android, you can rely on PowerDirector to get the job done.

To get started on how to speed up a video on iPhone or Android, your first step is to download PowerDirector. You can find it for free in the Apple App Store or Google Play. Because the app is free, all you have to do is search for it, tap download, and follow the on-screen instructions.

2. Select Video Clips to Speed Up a Video in Your Project

Choose the video clips you want to adjust by importing them from your device’s photo and video library. Before the app will allow you to import videos, you need to grant it access to the video library on your device. Once you've given the app access, you can navigate to the video you'd like, tap its thumbnail, and import it.

3. Open the Tool Bar and Tap "Speed" to Speed Up a Video on the Phone

PowerDirector has a primary track that's up top and can also provide multiple tracks underneath it, but to change the speed, you have to tap the primary track. After tapping it, you can choose the "Speed" option at the bottom of your screen.

Note: Tapping any of the tracks underneath the primary one brings up different choices, and changing the speed isn't one of the options.

4. Adjust Speed for Your Video

5. Select Detailed Functions to Speed Up a Video on the Phone

You can choose from a few different options to change what happens to your video once the speed is adjusted:

6. Produce & Share Your Video After You Speed It Up

After the video’s speed has been adjusted to your liking, you can produce it, which involves rendering it in its new, sped-up form. You can also share it using your preferred method. To do this, you have to click the icon in the upper right corner of the screen—an open box with an arrow pointing out of the top. You can then choose to share it on Instagram, YouTube, or Facebook.

Best App to Speed up a Video on iPhone & Android

The best app for speeding up a video on iPhone or Android may depend on your skill level. Here are the top choices:

PowerDirector, due to its ease of use and wide selection of features, is the best overall app for adjusting the speed of your videos. With PowerDirector, you get the following features:

Try it out today by downloading PowerDirector for free on iPhone or Android.

2. KineMaster - Best for Intermediate Creators to Speed Up a Video

For those who already have some experience, KineMaster is a solid choice, particularly because it has a slightly steeper learning curve.

3. Video Speed - Best for Beginners to Speed Up a Video

If you’re just getting started, Video Speed is another strong choice. It gives you a simple, streamlined experience with enough options to produce fun, high-quality videos.

FAQs About How to Speed Up A Video

How do I create freeze frames?

To create freeze frames, you first choose the moments in the video you want to feature in the freeze-frame effect. You then take a screenshot of the video at each point you want to freeze and insert each one into your project as its own clip in its own track. You then extend the amount of time the frozen frame appears in the project.

How to create time a lapse effect?

Creating a time-lapse effect involves first shooting a video of the time period you want to portray. Then you speed up the video within your editing app. Here are 5 best free time-lapse apps:

Download PowerDirector: The Best App to Speed Up a Video on iPhone & Android

With PowerDirector, you can easily speed up a video on iPhone or Android within a couple of minutes. Its user-friendly interface makes it simple to use, and because it’s packed with other features, it can give you all you need to create high-quality video productions.