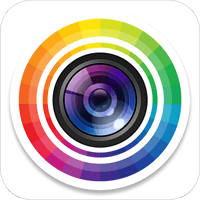 Memes are the currency of the internet. Unless you’ve been living under a rock the last decade, you know that memes are funny pictures or videos with text overlays. Some iconic examples include Success Kid, Overly Attached Girlfriend, and Grumpy Cat.

You can join the meme universe whether you use Reddit, TikTok, Imgur, or any other social media site. Of course, making memes is easier said than done. Fortunately, a meme making app can help. Here are our choices for the best apps for making video or image memes on iPhone and Android devices.

Mematic is a meme maker to add text to your images and GIFs. It’s a free app that lets you make your own memes, create photo collages, and more. Detailed Review >

GATM Meme Generator is a free meme maker for Android users. The app lets you browse popular memes on the internet and upload images to create content if you want to be an original meme maker. Detailed Review >

How To Choose the Best Meme Generator App

Memes are abundant on the internet. Now, so are meme maker apps. To choose the best one, there are important meme maker features to consider, such as text customization tools, in-app stock image content offerings, and whether or not it has in-app advertising, which can be distracting. Be sure to choose a meme maker that lets you freely edit text, access an abundance of stock content, and does not interrupt your meme making process with distracting ads.

Here are our top picks for meme makers available on the App Store and Google Play Store.

PhotoDirector is the leading choice among high-quality meme generators on iPhone and Android devices. The powerful yet friendly features make it accessible, whether you’re a veteran meme maker or a beginner. The app even lets you animate photos with AI.

The only limit to your memes is your imagination. PhotoDirector is arguably the best meme creator app due to its versatility and performance. It has you covered whether you want to add text to photos, remove objects, or replace backgrounds.

PhotoDirector comes with hundreds of stickers, frames, and filters so that you can personalize your latest memes. New content is added to the app monthly.

Learn More about How To Make Memes

Mematic is an easy-to-use meme maker for iOS devices. It allows you to create two types of memes. The first option has a black background, photo, and text, making it ideal for demotivational posters. You can also select from pre-made templates, such as Bachelor Frog and Scumbag Steve, and place your text over it.

Mematic excels at simple designs. The custom meme generator even lets you use images from your camera roll as a background. When you finish editing, Memetic allows you to share your creation via Facebook, Twitter, Pinterest, Tumblr, and email.

If you’re looking for a reliable meme app for Android, consider the GATM Meme Generator. It offers creation tools for the latest memes. The app receives regular updates, so the templates, images, and text remain relevant.

The GATM Meme Generator lets you browse different pre-built memes and add text. You can also upload your own image and create a unique meme. The meme generator app enables you to share on multiple social media platforms, including Facebook, Imgur, and Reddit. While the GATM Meme Generator is free to download, you can only get rid of ads with the $1.95 in-app purchase.

4. Memedroid - The Best Meme Maker for Community of Meme Lovers

Memedroid might not be the best meme maker app, but it gets the job done. This barebones platform has a rich library of templates and basic text formatting choices. The content leans toward humorous memes, so make sure to have your best jokes ready.

While Memedroid offers a serviceable memes generator, you won’t be creating any Oscar-worthy content with it. Instead, it’s better suited for creating inside jokes and sharing them among friends. The built-in community makes it a go-to option for die-hard meme lovers with Android devices.

Memes Maker & Generator is one of the most popular memes creators for Android users. It has more than 30 million users and doesn’t require any photo editing experience. The intuitive interface allows you to scroll through millions of meme templates, add text, and post your masterpiece in no time.

Memes Maker & Generator supports video clips ranging from the Mank to Game of Thrones. You can even edit content from sports events. The all-in-one app deserves your consideration, regardless of what kind of memes you want to make.

Join the tens of thousands of people already making memes with Video & GIF Memes. The slick Android app helps you create content with GIFs, videos, photos, and mixed media. It also has an integrated Tenor GIF search so that you can find your desired template in seconds.

Video & GIF Memes shares a lot of similarities with Meme Generator Free. The difference is that Video & GIF Memes has a sleeker interface and a broader range of editing tools. It even has some features, like speed and frame rate adjustments, that you can’t find on high-end video editing apps.

Many meme creators feature the essential tools and nothing more. Kapwing is changing that. It’s a modern video editing platform for creative professionals and social media influencers. The web-based software has Android and iOS apps which link you to the web for meme making on the go.

Kapwing offers a variety of templates, ranging from simple text-over-images to U.S. presidential election maps. The sophistication may seem daunting, but the accessible interface allows you to navigate features with ease.

Don’t make things more complicated than necessary. That’s the logic behind Video Meme Maker & Text to Video Meme - Clipmax. The app from Nix Group lets you add creative flourishes to the hottest memes on the internet, including clips from movies, television shows, and even Netflix.

After you select your desired template, apply background music and visual effects. Zooms, reverses, and boomerangs help you to make the funniest possible video. Remember to upload it to your social media after editing.

PhotoDirector is the best meme maker out there. Not only is it free on iPhone and Android, but it also lets you edit text in your memes in different styles of fonts, add text bubbles to show speech, and add images from a giant library of stock content.

Learn More about How To Make Memes

1. Can I Generate My Own Memes on My Phone?

Yes, you can generate your own memes on your phone by downloading meme generators such as PhotoDirector.

2. Is There a Free Meme Generator for iPhone?

Yes, there are loads of meme maker apps on the App Store and Google Play Store, such as PhotoDirector, Mematic, and GATM Meme Generator to name a few. Our favorite is PhotoDirector because of its full suite of photo editing tools and features that are easy for beginners and experts alike to use.

3. How Can I Make Memes with PhotoDirector?


Making a good meme with PhotoDirector couldn’t be easier. All you have to do is upload the meme template or photo and insert your desired text. PhotoDirector offers hundreds of different font styles, so you can add your personal touch before uploading it to social media.

PhotoDirector works with all types of memes—dank memes, classic memes, deep-fried memes, etc.—allowing you to stay on top of the latest internet humor. The photo editing software lets you upload directly to social media channels, too. That way, there’s no downtime between creating your content and starting the viral trend.

4. What Is the Best Meme Maker?

The best meme maker on our list is PhotoDirector because of its easy-to-use AI tools that include object removal, background removal, and photo retouching for your memes. With an incredibly user-friendly interface, it also comes with tons of stickers, frames, and filters too. You can edit text with so many different fonts to choose from, and you can add text bubbles too to show speech in your memes. Plus, the monthly updates mean there’s always fresh content.