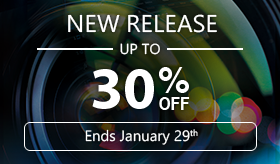 Whether you’re producing music, backing tracks for movies, or just need to grab a few sound effects for a cool side project, it can be hard to figure out where to get sound effects, especially free ones. To further complicate things, it can also be challenging to figure out if you’re legally allowed to use the sound effects in your projects.

In this article, we’ll dive into the five best free sound effects libraries and how to figure out which ones you can legally use. We’ll also explain how to download free sound effects so you can get started adding sound to your videos and slideshows right away.

PowerDirector tops our list of the best free sound effects libraries due to its huge variety of free effects and ease of use. Not only do you get many sounds with PowerDirector, but they’re organized in categories and are easily accessible on the primary video editing screen. To top it off, unlike other sound effects libraries, PowerDirector is an app you can use to not just grab cool sounds but also work them into your productions, as well as edit both the sounds and the videos you’re pairing them with. Detailed Review >

Freesound earns the #2 spot due to both the variety of user-uploaded sounds and the information provided with each one. Freesound unabashedly showcases its user-powered sound library, which features thousands of clips and loops created by users, but in addition, many of the sounds also feature extra details regarding how the user created or discovered the sound. Detailed Review >

How to Know Which Sound Effects You Can Legally Use

Sound effects, like many other audio assets, are intellectual property. Therefore, there may be some that you may not want to use to avoid legal issues, particularly if you plan on marketing your project for sale. Here’s a brief breakdown of which sound effects you can use legally and why.

If you have a video editing app with sound effects, you can use these sound effects however you want. This is because the producers of the app either:

But does that mean that all sound effects, particularly those you find online, can be used in commercial products for free? No. Here’s why.

If you find sound effects online, there’s a chance the person who posted them did so without the permission of the person who produced them. If that were the case, you could get hit with a lawsuit if you use the sounds in your project.

For example, suppose a website owner were to take a sound effect they thought sounded cool from the soundtrack of a movie. You go on that website, download the sound, and put it in a video you post on YouTube. You start earning money on YouTube for the views you get on your video. If the original copyright owner of the sound effect recognizes it—or if YouTube’s algorithms recognize the effect—your video could be taken down, or you may get sued for using someone else’s intellectual property.

PowerDirector is an excellent fit for anyone who needs sound effects for video or slideshow projects, which is why it has earned the Best Overall classification. Anyone who needs an all-in-one solution for full-fledged video production can use PowerDirector to choose, edit, process, and finalize the sound in their project.

PowerDirector is our top pick because it saves both professional producers and hobbyists at least a few steps when it comes to incorporating sound effects into their projects. With some other sound effects libraries, you still have to figure out how to edit the video into which you’re incorporating the effects. You also have to hope that the sound matches the sampling rate of the project you’re importing it into — or spend extra time getting the sound effect into the right format.

PowerDirector gives users a convenient, all-in-one solution for choosing good sound effects and putting them into your productions.

Freesound is a user-dominated site featuring a diverse collection of samples and clips. The site makes it easy to search for sounds based on the user who uploaded them, as opposed to performing general searches for sounds based on genre or category. For example, if you’re enjoying a certain user’s sounds, you can use their People tab to find them and check out their entire portfolio.

We picked Freesound because it leaves no doubt whether each sound can be used in commercial productions — primarily because each user upload has all the info you need. In addition, for people who tend to fall in love with the quality, creativity, or uniqueness of one creator’s work, Freesound enables you to quickly access the portfolios of each producer.

Freesound is a great tool for people who want to source sound effects from outstanding producers without having to worry about whether they’re using them in the best way. However, the quality of each sound may vary depending on the skills of its creator.

Free SFX is for people who need a wide range of sounds but may not be using them for commercial distribution. This site earns the Best for Variety accolade because it not only features hundreds of thousands of sounds but also comes from users, meaning there’s no limit to the kinds of sounds you can gain access to. However, if you plan on using your sound effects for anything that could be sold or distributed commercially, you may want to use a different source. Free SFX may not be able to get rid of all sound effects users upload that violate copyrights.

Free SFX gives you a huge selection of sounds, but, unlike PowerDirector, you may not be able to use what you download royalty-free. Also, Free SFX is only a website, so you’d have to get your own audio or video production software to work its sounds into your project.

Sounds Crate earned the label Best for People Who Already Have Video Production Software because it provides a solid selection of sounds, but you do need production software to use them in your projects. Users who want to create short films, jingles for ads, or engage in other kinds of sound design may find Sounds Crate helpful.

We picked Sounds Crate because it provides a nice selection of sound effects for a relatively wide range of applications. The site also makes it easy to find royalty-free sounds, so you can sample away without having to worry about a lawsuit coming your way.

Even though Sounds Crate could be a reliable option for a variety of hobbyists and producers, it has its drawbacks. For example, the number of sounds has been inflated by the presence of “unique” sounds that are merely copies of others with their pitches adjusted to make them sound different. For example, in the category Sword Sound Effects, you’ll find a bunch of “different” sword sounds that are merely the same exact sound with the pitch shifted a few semi-tones up or down.

99Sounds is best for original sound effects because it features extremely high-quality audio clips made by skilled producers. If you want very high-quality, popular sounds, such as movie transitions and action effects, 99Sounds may have what you’re looking for.

99Sounds is a good resource for people who need the kinds of sound effects that producers and hobbyists commonly feature in their creations. Where 99Sounds really stands out is in the quality of the creations it features. These are highly vetted effects made using modern synth software, such as those produced by Native Instruments. In addition, 99Sounds has VSTs, so if you want to use your own audio software to create or tweak sound effects, this site may have what you need.

99Sounds is good for users who need common, popular sounds. But, unlike PowerDirector, you only have access to a limited variety of effects. So if you want a wider selection, PowerDirector may be a more effective solution.

Finding a range of sound effects for your audio/video productions can be difficult, especially when want to avoid using sounds that could get you into legal trouble. With PowerDirector, you get a ton of royalty-free sounds that are easy to search through and download.

PowerDirector has an organized sound effect library embedded into its video creation platform. This enables you to seamlessly pull the best sound effects for your project directly into it in a matter of moments. You can also use PowerDirector to download sounds and then record them live into audio production software, enabling you to use them in music creation projects as well.

1. Where can I get free sound effects?

You can get free sound effects from PowerDirector, as well as from various websites, such as Freesound, Free SFX, Sounds Crate, and 99Sounds.

2. What are some good sound effects?

Audio beauty is in the ear of the beholder, but some really good sound effects include transitions you can use between scenes in a video and environmental sounds for the backgrounds of your creations to create a natural feel.

3. What is the most famous sound effect?

The most famous sound effect may be the Wilhelm scream, which has been featured in Star Wars and hundreds of other movies.

4. What does sound effect mean?

The term “sound effect” refers to a sound incorporated in an audio or video production that doesn’t come from the people or things actually in the production and instead gets added to the composition.

5. Why are sound effects used?