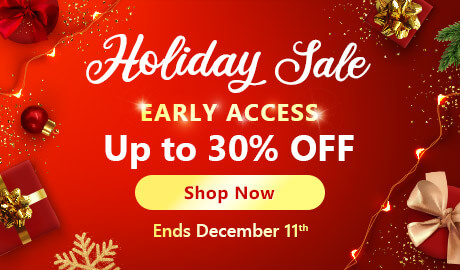 How to Do Transitions in Your Videos

Knowing how to join two video shots together using transitions is critical when creating video content, whether you're a professional filmmaker, YouTuber, or avid TikTok video producer.

With transitions, you can implement visual cues between shots, conveying the passing of time or a narrative change while ensuring continuity in your video. In light-hearted or informational videos, a transition is ideal for adding visual interest to your content and capturing your viewers' attention.

Before adding transitions to your videos, you need to understand how to use them. When you add a transition, your goal should be to seamlessly merge one scene with the next, guiding the viewer through the narrative.

If you don't use the proper transitions, your viewers may find them distracting or awkward. The wrong transition may also fail to convey the mood or tone you're trying to establish with your video. After spending hours writing your script and capturing footage, the last thing you need is for transitions to make your video look bland, overly flashy, or amateurish.

However, if you don't come from a background in filmmaking or video production, selecting and adding the right transition effects can be challenging.

In this guide, we take an in-depth look at how to do transitions to create compelling and polished videos. We discuss the different transition types and the most optimal ways to incorporate them into your videos. You'll also learn how to use a video editor to add and edit transitions in your content.

If you are looking for the best and most user-friendly solution to do transitions, download PowerDirector from CyberLink.

A jump cut is an abrupt and often jarring transition between shots of similar compositions. They are typically an artistic effect to keep viewers' attention. Filmmakers often combine jump cuts with sound effects to show a significant narrative change or passage of time.

Cross cutting involves switching back and forth between different shots, conveying to viewers that events are unfolding in different locations. This transition is ideal for capturing phone conversations, but you can also use it to build suspense.

A match cut establishes time and space continuity by connecting two scenes through visually identical objects, actions, colors, shapes, or sounds. Examples of match cuts include the moon that turns into a ball or a leaky pipe transitioning into coffee filtering into a cup.

Cutting on action is a transition between shots to show a character's action while hiding the cut. An example of this transition is a shot of someone kicking down a door to an interior view of the door bursting open.

Using scene transitions allows you to create a specific emotion, convey ambiguity, link two scenes, or give a scene an open ending.

Fading is when a moving image gradually turns into white, black, or another single color. Fading to black is a popular transition for giving finality to a scene, indicating a passage of time, or dramatizing the events in a scene. On the other hand, a fade into white emphasizes the emotion of a scene or creates a sense of hope.

A dissolve transition is the visual overlap of the ending of one shot and the beginning of another, linking the narrative between the two scenes. Dissolves typically indicate the passing of time.

Wipes are transitional effects in which one scene replaces another through a moving boundary line. Use this transition sparingly to show an unresolved action or changing angle.

PowerDirector allows you to add cool transitions on TikTok, YouTube, and promotional videos. Effects such as a glitch, distortion, or zoom offer an uninterrupted transition between shots, engaging viewers and ensuring continuity between scenes.

Transitions for style involve visual effects, and you can make your scenes look like they are evaporating and merging into each other. With these effects, you can also incorporate visual elements, such as lines and geometric shapes, into your scene transitions. The PowerDirector transition library also includes traditional scene transitions, including wipe, dissolve, and fade.

Adding transition effects for style will make your videos look professional, and it is as simple as selecting the effect you want from the transition library and dragging it between two clips on the timeline.

Transition effects are post-production video edits to combine separate clips and present them as a single and coherent film. Without an effect, a transition is a simple cut, leading the viewer from one scene to the next without any visual cue. On the other hand, a transition effect is an obvious visual indication that one scene is ending and another is beginning.

If you are producing a long video that consists of several scenes, the objective of adding transitions should be to implement a single, believable narrative without distracting your viewers.

When selecting a transition effect, consider the emotion you want to convey, your narrative, and the reason for the scene transition.

Subtle and traditional cuts are usually suitable for live-action videos and movies. However, you can spice up your lively vlogs, marketing, or promotional videos with animated transition effects without worrying that it will frustrate viewers or obscure your message.

With the right video editor, adding transitions is a quick and easy process. A high-end editor, such as PowerDirector, comes preloaded with more than 100 transitions, including distortion, glitch, and shape. All of the transitions are drag and drop meaning even a person with no editing experience will have no problem using them.

With PowerDirector you have complete control over when the transition effect begins and ends. You can also combine the transitions with Picture-in-Picture overlays, cropping, and video effects for complete customization.

Finding the best transition for your project is easy with PowerDirector's search box. Type in the name of the transition effect you want, and it will appear in the results so you can drag it onto your timeline.

PowerDirector has an intuitive interface, making it easy to add transitions to your projects and edit them.

After adding your clips or video scenes to the editing timeline, you can start adding transitions between them. Start by clicking on the transition room tab, which is one of the icons on the left-hand side of your screen. The transition room tab icon looks like a box with a lightning bolt.

Under the transition room tab, you'll find various preloaded transition effect libraries, such as General, Alpha, Block, and Geometric. To see what an effect looks like, click on it, and you'll see its preview to the right of your screen.

If you are satisfied with a transition effect, drag it to the desired position on your timeline before the first clip or between two video scenes. Watch the video preview to see the effect of the transition on your clip.

To change the duration and placement of a transition effect, double click on the effect in the timeline, opening the transition settings.

In the settings menu, you can change the duration of the effect using the timer on the left. You can also choose between an overlap or cross effect placement, depending on when you want the effect to start and end.

If you want to remove a transition effect from your timeline, click the transition to highlight it, then hit delete.

Transition effects are integral to post-production editing and can significantly enhance your video project's impact and quality.

Transitions are cuts or animations between your clips, binding them together as a whole and ensuring congruence between them. In professional filmmaking, transitions are often subtle and difficult to notice but effective in pushing a single storyline. Traditional transitions include the L-cut, match cut, and cross cut.

When it comes to social media videos, you can add more animated transition effects to bring your projects to life. Transition effects, such as distortion or glitch, add to the production value of video projects and make them more engaging for viewers.

High-end video editors, such as PowerDirector, feature libraries with preloaded transitions you can drag and drop on your editing timeline within seconds. Each transition effect has a preview showing what it looks like before using it in your project. You can also edit the effect's duration and placement relative to your video clips.

With editing tools such as PowerDirector, you don't need extensive video editing experience to create a professional project. This product offers a wide range of features and powerful design tools, with transition editing being among the most user-friendly and versatile.

To add transitions to your next video, download PowerDirector now.