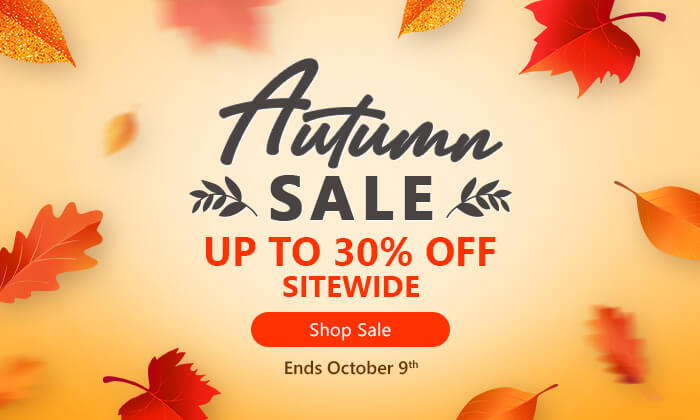 When we talk about reversing a video, we don’t mean reversing the whole video start to finish. Reverse video is typically used on a small section of a video that is played backward for creative reasons, or on a very short video, like for TikTok or Instagram Reels.

The reverse video feature is often used alongside slow or fast motion effects. Let’s say you are watching a video of a runner clearing a hurdle. The broadcast may reverse the video a few seconds, then play it again in slow motion so you can better see the athleticism involved. Or imagine a video of someone falling and throwing a huge tub of popcorn in the air. The video could be reversed at double speed and then played back multiple times, so you can watch the hilarious fall play out over and over again. Your imagination is your only limitation when it comes to ways to use this feature, but here are some fun ideas to inspire you:

Reversing your videos to make them play backward isn’t just a novelty. When the technique is done right, it can take your videos to a whole new level. The good news is that it is incredibly easy to reverse video if you have the right tool. In this article, we will show you the best way to reverse video on any device using PowerDirector, the award-winning video editing software. Whether you need a video reverser on Windows PC, Mac, iPhone, or Android, PowerDirector offers the quickest reversal tool with the most features.


What is a Reverse Video?

Reverse Video (also known as reverse motion or reverse action) simply means footage that is shown backward from the original way it was filmed. Imagine back in the days of VHS, when you would rewind a video and watch it play out in reverse. Reverse Video is the same thing, minus the squiggly lines.

Whether you’re a professional, enthusiast, or casual hobbyist, PowerDirector offers high-end performance and video editing precision at an accessible price point. Unlike some of the other tools, PowerDirector gives you complete control and lets you adjust playback speed, audio, and more.

How to Reverse Video on Windows

If you’ve got a PC and are looking for a more professional-grade tool that’s fast and easy to use, then PowerDirector Essential is going to be your new best friend.

How to Customize a Reverse Video

With PowerDirector, there’s more than one way to reverse video. This alternate way is more steps but allows for more control.

Check to see that the yellow outline is covering the area you’d like to reverse. If it’s not, simply drag the border to the edge of the clip.

This method gives you the fun effect of playing the video in its original order, and then playing it in reverse immediately after. That is one of the several ways you can play with the reverse effect in PowerDirector.

How to Reverse Video on Mac

iMovie is Mac’s answer to a free video editing program, and, fortunately, it’s incredibly easy to use. The biggest challenge is knowing where all the features are hidden, and since it’s not obvious where the option to reverse video is, we’ll show you.

PowerDirector is another incredibly easy-to-use video reverser for Macs. While iMovie will simply allow you to reverse video, PowerDirector gives you total control over your footage with speed controls and keyframes. Check out our article on slow-motion and speed ramping for an in-depth look at video playback control with PowerDirector.

How to Reverse Video Online

For a quick and easy solution, Kapwing’s online video reverser gets the job done in seconds flat.

Kapwing has a free version of the tool if you’re a lite user, but if you use the free version, all of your content is public.

How to Reverse Video on iPhone

If you’re editing video on the go, then being able to access features without being in front of a Mac or PC is useful.

Unfortunately, the iMovie app that’s native to iOS devices doesn’t have a reverse video feature built-in, so you’ll have to download a third-party app.

There are several apps to choose from, but the simplest and most streamlined for mobile devices is the PowerDirector App, which is available for free in the app store.

Unlike other smartphone video editing apps, PowerDirector for iOS doesn’t skimp on features and functionality. Included with the reverse function, video editors also have access to other speed and control features that you’d find in premium software for desktop workstations.

How to Reverse Video on Android

To put your videos in reverse on your Android phone, you can grab the PowerDirector App for free from Google Play and follow the same steps as the iOS version listed above.

How to Put TikToks in Reverse

You can reverse videos directly in the TikTok app. However, if you want full control of your video’s speed and playback style we do recommend using a separate app like PowerDirector.

How to reverse a video on TikTok:

Press and hold the red record button or upload a video from your camera roll. Tap the red Checkmark when you’re done.

Tip 1: A cool way to use the reverse video function is to actually act out a task backward, and use the video reverser to make it go in the intended direction.

This is especially helpful when you need something to come straight at the camera, but to do so would be dangerous. For instance, someone punching the camera lens or a car crashing straight into it.

Have the car start directly in front of the camera, then drive away in reverse. When you edit the footage, you can use a reverse video tool and speed adjustment to make the car look like it is coming toward the camera at incredible speed.

Tip 2:  Move the camera backward, using a dolly or Steadicam.

For this example, instead of moving the car away from the camera, you pull the camera away from the car. Any backward camera movement needs to be smooth, so it is recommended you use a dolly or Steadicam for these kinds of shots. Some video reversers, like PowerDirector, have a video stabilization feature you can use to smooth video after the fact.

This shooting method is much harder than filming something in a normal fashion, then reversing it in post. It requires pre-planning, imagining how you want the scene to look in the end, then doing everything backward!

This is a third way to pre-plan a reverse video effect. Hold an object in your hand where you want it to be at the end of the video. Film yourself tossing the object away from you (depending on the object, you may need to set up a pillow or bed nearby to throw your object on). Use a video reverser to have the object magically float through the air into your hand.

Reverse video is a hot trend right now. Don’t miss out on a creative way to add some fun and dimension to your videos because you don’t have the right tool.

PowerDirector is an incredibly easy way to apply the reverse video effect. The software produces high-quality results at no cost. And with PowerDirector, you can do more with your video than just reverse it. It offers complete control over video speed, audio, and more. With PowerDirector, you get a full video editing suite with easy-to-apply effects, filters, color tools, and a royalty-free stock library of music, sound effects, videos, and photos. Whether you are a professional content creator or making videos for fun, PowerDirector has you covered.

It doesn’t matter if you edit videos on a desktop or smartphone, PowerDirector puts the complete power of editing in the palm of your hand, regardless of what device you use. Download it today.

You may want to apply speed effects to your reverse video. Here is a step-by-step guide for speeding up or slowing down video using PowerDirector.

Your video's speed will be adjusted to the new length, making it either slow or fast motion.

For a more detailed look at using PowerDirector to apply speed effects on your smartphone, click here.

2. What Features Should I Look for in a Video Reverser?

The top five features you should look for in a video reverser are:

If you’re looking for a product that checks all of these boxes, we recommend PowerDirector.

3. What are the Best Video Reverser Software?

The best software to reverse video on Windows and Mac are:

To find out more about the above software, click here.

The best apps to reverse video on iPhone and Android are:

To find out more about the above apps, click here.